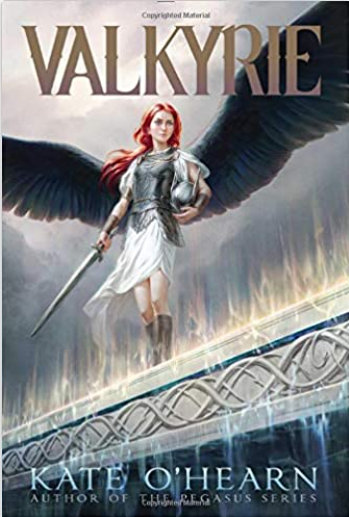 Valkyrie: Norse Goddess. Reaper of Souls. Defender of the Weak. Not someone you want to mess with…

Freya is dreading her upcoming birthday when she’ll officially have to take up her duties as a Valkyrie. She doesn’t want to follow in the footsteps of the legends before her—legends including her mother and sisters. And she certainly doesn’t want anything to do with humans!

Freya thinks humans are cruel, hate-filled creatures, but as she observes their world, she begins to wonder what it would be like to make friends with the girls or laugh with the boys she sees. And what would it be like to live without the fear that she could cause someone’s death with a single touch?

Then when she’s sent on her first mission, she reaps the soul of a fallen soldier with unfinished business…business that sends her on an epic quest to the mortal world. Will Freya find the true meaning of being a human, or will she finally accept her destiny?